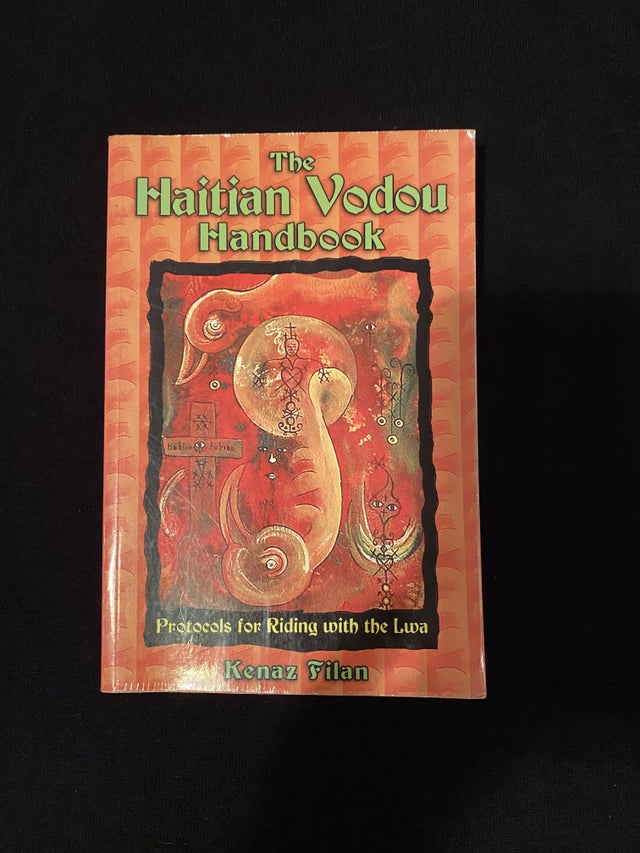 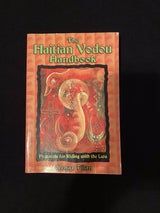 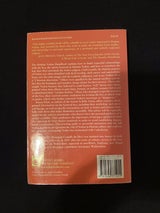 The Haitian Vodou Handbook: Protocols for Riding with the Lwa by Kenaz Filan - USED

The Haitian Vodou Handbook: Protocols for Riding with the Lwa by Kenaz Filan - USED

• Includes the myths, cultural heritage, and ancestral lineage of the lwa and how to honor and serve them

• Discusses the relationship between Vodou, Haitian culture, and Catholicism

In The Haitian Vodou Handbook, Kenaz Filan, an initiate of the Société la Belle Venus, presents a working guide to the proper methods of interacting with the full Vodou pantheon, explaining how to build respectful relationships with the lwa, the spirits honored in Haitian Vodou, and how to transform the fear that often surrounds the Vodou religion.

Until recently, the Haitian practice of Vodou was often identified with devil worship, dark curses, and superstition. Some saw the saint images and the Catholic influences and wrote Vodou off as a “Christian aberration.” Others were appalled by the animal sacrifices and the fact that the Houngans and Mambos charge money for their services. Those who sought Vodou because they believed it could harness “evil” forces were disappointed when their efforts to gain fame, fortune, or romance failed and so abandoned their “voodoo fetishes.” Those who managed to get the attention of the lwa, often received cosmic retaliation for treating the spirits as attack dogs or genies, which only further cemented Vodou’s stereotype as “dangerous.”

Filan offers extensive background information on the featured lwa, including their mythology and ancestral lineage, as well as specific instructions on how to honor and interact fruitfully with those that make themselves accessible. This advice will be especially useful for the solitary practitioner who doesn’t have the personal guidance of a societé available. Filan emphasizes the importance of having a quickened mind that can read the lwa’s desires intuitively in order to avoid establishing dogma-based relationships. This working guide to successful interaction with the full Vodou pantheon also presents the role of Vodou in Haitian culture and explores the symbiotic relationship Vodou has maintained with Catholicism.