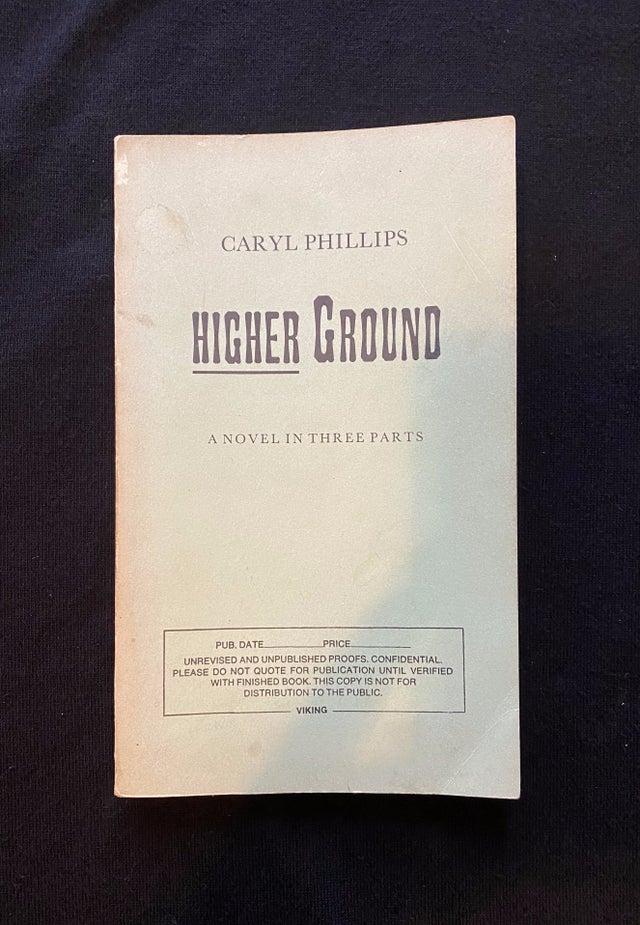 This searing novel about slavery and its legacy brings the same stylistic virtuosity and tightly focused intelligence of Phillips's other novels. Higher Ground tells multiple stories, set generations and continents apart but unified by their ambitious exploration of themes of race, power, captivity, and abuse.

In a slave garrison in Africa, a native collaborator betrays his people and humiliates himself in order to win the favor of white men. From an American prison cell in the 1960s, a black convict tries to impart his vision of race and justice to his indifferent family. And in a dreary city in postwar England, a displaced Jewish refugee watches her youth and sanity slip down the drain of history.

Combined and in the skilled hands of Phillips, these narratives take on a devastating power.