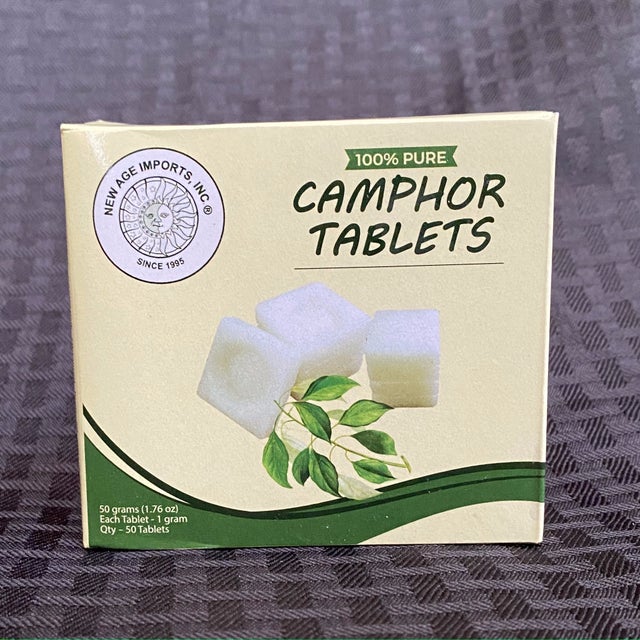 Obtained from the bark of the tree Cinnamonun Camphora. Only 50-year old trees produce the waxy substance which is used as camphor oil. The process of steam distillation is used to extract camphor oil from trees its than turned into tablets, blocks or camphor which can be used in variety of ways. Essence of Camphor can be used as a shield to protect your aura from coming under negative energies, crushing pieces of camphor into a warm bath will remove the negtive energies. In hindu culture camphor has been used during ceremonies for purification.