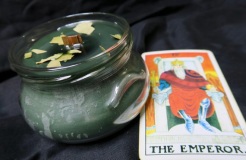 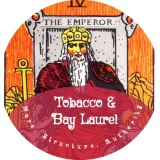 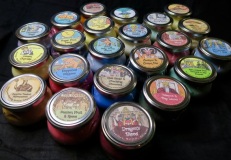 Great gift for a tarot reader

Reading tarot cards is a journey of lifelong learning...

Every pull in every spread we throw is different and provides and opportunity for us as readers to connect more thoroughly with the cards and their symbolism.

Each candle within my tarot candle collection contains scents and references that correspond to the meaning and overall energy of the card.

The Emperor is the Father archetype of the Tarot deck. He sits upon a large stone throne, adorned with four rams’ heads (symbolic of his connection with Aries and the planet Mars). In his right hand, the Emperor holds an ankh, the Egyptian symbol of life.

The candle is about as 'manly' as I could get - a heady mixture of tobacco and bay laurel.

I'd suggest this candle if you are looking to connect with The Emperor as an archetype, questing after stability, creating order out of chaos, or looking to break down problems into their smaller components.

Sold out
Add to Cart